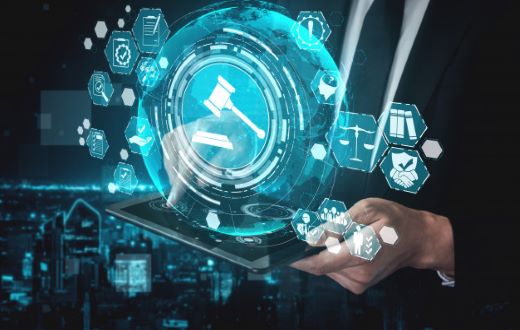 
Confucius once said that “real knowledge is to know the extent of one’s ignorance”, never has that been more applicable than in the management of global financial institutions who are required to deal with large and deeply complex contractual structures/obligations globally.

But it doesn’t just apply to financial Institutions, the same is true in any type of business – after all, there’s nothing worse than being blindsided by an issue you weren’t even aware of, or worse still that you were aware of but simply failed to manage because you were consumed fighting fires elsewhere.

In a recent press interview the CEO of one of the largest Investment Banks admitted that he had been “kept in the dark” about some illiquid trading positions at the bank, which had resulted in a staggering $1 billion in write downs over 6 months.

But who failed who? did the traders fail in their duty to their employer by not ensuring their management understood what they were investing? in OR did the management fail in its duty to its employers by not having the necessary oversight required to understand its own business activities?

After all, the “E” in CEO is there for a very good reason right!  Either way, the net effect to the organisation overall was extremely damming indeed.

But it’s not just the reputation of CEOs that’s at stake anymore, under the Senior Management Regime introduced earlier this year senior executives are now individually personally liable if they fail in their duty to protect the interests of the very companies they have been employed to protect.

Yet at the so called “coal face” within such financial institutions in-house legal teams are often expected to manually manage thousands of contracts, across tens or even hundreds of entities, in an environment where missing even a single deadline or liability can at best costly at worst life changing.

The only way to be sure that nothing slips through the net and to protect the company is to gain a holistic view of all legal/contractual activity within all entities, in all geographical locations and in near real time.

By doing this, organisations can empower their users to drive the business in a very positive and risk averse way, whilst refining its position intraday in order to achieve optimal results enterprise wide.

Remember the Matrix. The story begins with Keanu Reeves’ hero Neo being offered a choice between two pills. If he takes the blue pill he’ll remain ignorant about the true state of his world and blind to many of the associated challenges/risks that he faces on a daily basis.

Conversely, if he takes the red pill he gets to see his entire world in real time, in vivid detail, and through a single pain of glass empowering him to have complete control over his destiny and enabling him to achieve the best possible outcome to all of the challenges that he faces on an ongoing basis.

So it’s not surprising that he chooses the red pill in his quest for clarity, knowledge and ultimately power over his destiny.

Legal Suite in essence empowers its users to take that metaphorical red pill, in order to gain complete visibility of the forces in play, empowering them to maximise the impact of their actions and to achieve the greatest potential outcome relative to their role in much the same way as Neo bends the Matrix to his will.

By having that holistic oversight, by ensuring complete transparency in relation to all associated liabilities/risks across all parts of the business and on a global basis and by acting on that information / knowledge proactively users can achieve optimal results day to day whilst using that power to drive the business forward in a way that allows minimal liabilities/risk along with industrialised “belt & braces” governance.

This manifests itself in two key areas namely; risk control and corporate governance.

Having a holistic view of all legal/contractual obligations intraday, whether that’s within a single entity or group wide allows in-house counsel to see in advance when events are conspiring to their detriment and to proactively take steps necessary to minimise the associate risks/exposure accordingly.

After all, even a single corporate entity can find themselves in the position that they are managing too many contractual obligations in parallel for example in relation to the provision of services delivered firm wide. This all too often becomes exacerbated by the presence of limited resources, then unable to devote the time needed to manage those obligations.

Yet, the real risk is the incremental liability that it poses to the firm. Put simply, unexpected/unwanted liabilities can become a significant financial and operational burden – especially in a post-financial crisis world where fines associated with misrepresentation and/or poor reporting of such obligations can run to hundreds of millions.

What’s more, given the recent run in financial risk regulation, it’s only companies that are capable of achieving such transparency and oversight intraday who will truly be able to see problems and proactively avert crisis by being, and remaining firmly on the front foot.

Only then will they really take/have control over their financial destiny long term.

Take contract lifecycle management for example. One of the major issues with negotiations, particularly complex multi-faceted contracts such as outsource or SaaS agreements is remembering what’s been agreed and in what order.

If one party is resolute in its desire to try to enforce a clause on the other they can simply keep adding it in at every stage of the negotiation (often even after it has been rejected), in the hope that it might be reviewed with a fresh eye. Legal Suite maintains an immutable audit trail of the entire transaction history, enabling the user to clearly see at which point items are tabled, accepted and/or rejected thus empowering the in-house legal team to maintain sequential and concise visibility of the progress of their negotiation throughout its entire lifecycle.

Such clarity ensures the outcome for the business is that contracts can be negotiated quickly, accurately and under the most favourable terms, even in the event of personnel changes during that negotiation process.

So, what of the blindsided Global Investment Bank CEO that we talked about at the beginning of this article. Perhaps, just as Neo did after taking the red pill in the Matrix, he too could have enjoyed a very different fate… by investing in the right tools and by ensuring appropriate levels of control and governance, he could very effectively manage what is a deeply complex and diverse business globally.

Then and only then will he have the information and knowledge he needs to make appropriate investment decisions for his staff, his shareholders and his clients.  After all there is no wealth greater than knowledge, and no poverty poorer than ignorance particularly when it’s totally unavoidable.
Share on
Tweet this article Share on LinkedIn Share on Facebook Send by E-mail

<< < ... 3 4 5 6 7 8 9 ... > >>
Information about cookies
All Legal Suite websites use cookies to improve your online experience. Cookies are used to operate and enhance our services as well as for advertising purposes. We value your privacy. If you are not comfortable with us using this information, you may change your cookie settings through your browser. To find out more about the cookies we use, click below on More details.
Close